Greek_to_me.exe is a Windows x86 executable. When we launch the binary, we can’t input anything, and we don’t get any output from the binary. It gets stuck waiting for us to do something.

When we open it in IDA, we can see it contains the socket function at 0x401151, the binary using a standard series of Windows API functions: socket, bind, listen, and accept. 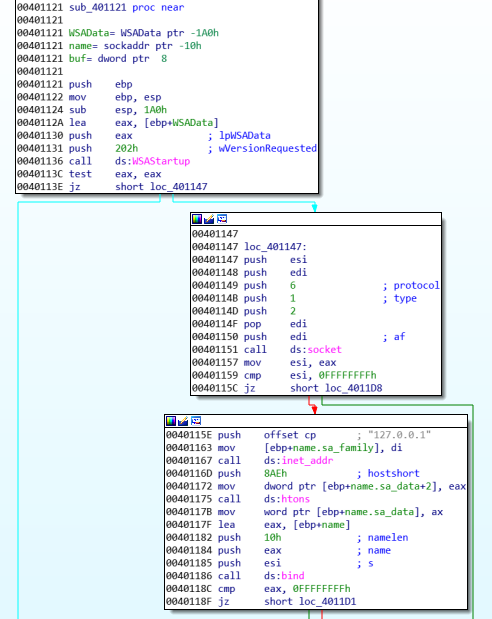 Additionally, there has some interesting string of the program at virtual address 0x401101, that is Congratulations! But wait, where',27h,'s my flag?

At 0x401036, the first byte from the recv buffer is moved into the lower eight bits of the EDX register. Then, focus on loc_40107C function and loc_401039 function, the address 0x40107C is moved into the EAX register, representing the start address for the decoding loop.

The decoding loop contains some operations. First of all, take a one byte at the address stored in EAX (0x40107C). Next, XOR the extracted byte with the first byte received over the listening socket, then incremented by 34 (0x22). Use the resulting byte to overwrite the byte extracted in EAX. 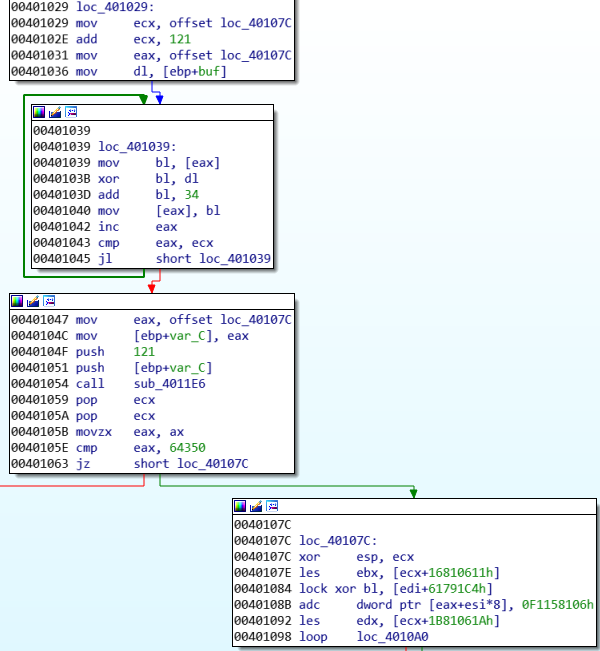 The key is only a single byte, but there are 256 possibilities. Following python code to help us get 0xA2 (ó) as the key:

Put a breakpoints at 0x401063 with IDA, we can find the flag that got written to the stack was et_tu_brute_force@flare-on.com